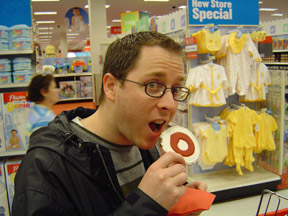 I've avoided writing an About Me section for a long time, and I'm only writing it now because I'm procrastinating doing other writing. Like many people, I'm going to put these little factoids in a list, but because I never know what little item about me people will zero in on with stunned disbelief and/or some mixture of pity and horror, exactly one of the following facts is completely false. If anything on this list weirds you out, that's the one:

Did you spot the fake one? I'll never tell!

If you just stumbled in here and are wondering if this blog has anything worth reading on it, don't start with today's post. Today's post is bad. I didn't even write it. Some other guy hacked into my account and put it there without my knowledge. He does it from time to time. In fact, he wrote all the posts you don't like. I'm really mad at that guy. When I see him, I'm going to kick him in the shins and then run away real real real fast. If you're looking for what this site is all about, you'd be better off starting with one of the following posts. Except for maybe one or two bad jokes, that guy had nothing to do with them:

THE KID IS NOT MY SON - This explains why some of my friends are no longer speaking to me.

MEMO TO THE SOUTH: PLEASE SECEDE AGAIN - I was not happy after Election Day 2004.

BREAKFAST WITH CHLOE - A children's story.

MY MIDDLE EASTERN ANGST BULLSHIT HAS A BODY COUNT - What is your damage, George W. Bush?  Originally printed just after the Abu Ghraib scandal broke, which might help explain it. (Still Confused?)

FAQ FOR PEOPLE WHO WANT ME TO HELP THEM FIGURE OUT WHAT TO BUY MY BOYFRIEND FOR HIS BIRTHDAY - A perennial favorite, only because they never stop asking.

W.O.W. - I finally came out to my oldest friend, and he had a surprise for me, too.  It was a weekend that changed my perspective on a lot of things.  Also featuring my review of "Runaway Jury".

CHESS - My contribution to the time-honored genre of Bad Date Stories, wherein I go from pawn to king.

DRUNK - The first time I met Drew's friends, I got drunk... because I was supposed to.

And if you feel like venturing elsewhere, you can check out these stories, which I wrote for other sites:

THE YEAR I WAS SPECIAL - A whimsically painful childhood memory that begins with a trombone and a kindhearted lunch lady.  (from Fresh Yarn)

MY BRUSH WITH TERRORISM - What are the six scariest words in the English Language?   They just might be, "Your toothpaste tested positive for nitroglycerine." (from The Morning News) 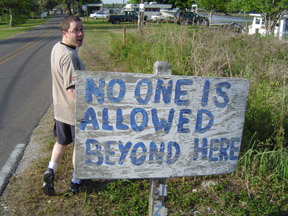